Taylor’s consistency and results sees her finish the season as world number 2 (out of 31 athletes), behind Swiss skier Martina Wyss. It means Taylor is Britain’s most successful World Cup ski racer of all time and brings her tally of World Cup wins to 7 in total.

“There was a turning point mid-season. I had spent so much time and energy up until that point choosing what I thought would benefit my performance as a skier, and I wasn’t getting the results I wanted. So I thought that I might as well do what I enjoy more often, and then I started to get the results.
My coach Seb is a constant support and I truly feel any success belongs to us, and all the people supporting along the way. My team-mates have improved so much and it’s showing in their results, training has been a joy this season and sharing this experience with like-minded souls is what makes it”.

“It’s a fantastic result for the British Telemark team and especially for Jasmin who is without doubt one of the world’s best telemark skiers. Maier Sports is delighted to be supporting the team with clothing. As a sport. Telemark dovetails perfectly with our ‘Move, Move, Move’ campaign. Maier Sports is all about movement and a perfect fit which is demonstrated very effectively by Telemark skiing”.

Maier Sports is an outdoor and ski pants specialist, dedicated to providing clothing to fit all sizes. The leading provider of high-quality outdoor and ski clothing has been headquartered at the foot of the Swabian Alps for more than 75 years. Maier Sports is committed to innovative strength, sustainability and premium quality. They also provide a five-year warranty against defects in materials and workmanship on all products. Thanks to the in-house sewing room, the brand with its Swabian inventive spirit offers an extensive repair service. Maier Sports is a leader in the outdoor clothing market, with 61 different sizes that ensures the ‘perfect fit’. 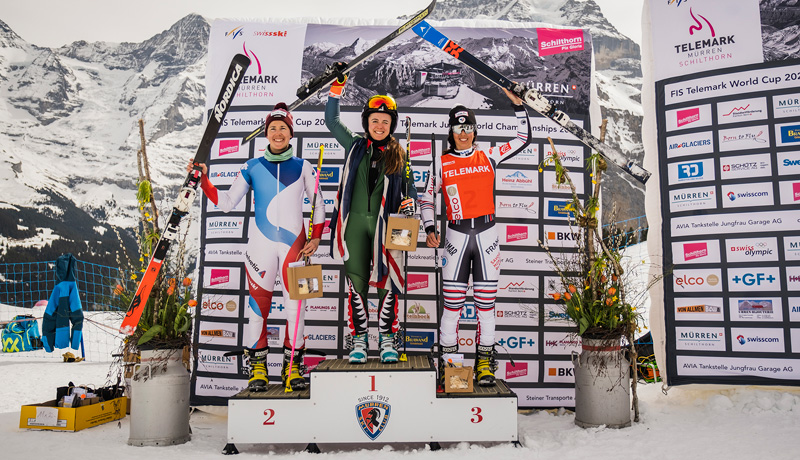