Avalanche expert teams up with surgeon to promote safer procedures in the operating theatre.

Renowned authority on snow and avalanche safety, Henry Schniewind, recently presented his work to a group of NHS medical professionals at the Anaesthetics and Surgical Governance Meeting at NDHT (North Devon Healthcare Trust) during the official launch of their NatSSIPs (National Safety Standards for Invasive Procedures) local implementation project.

Henry and a local surgeon, Dr Martin Moody, highlighted the link between how procedures to help reduce avoidable errors that lead to avalanche accidents whilst skiing or snowboarding can apply to ensuring doctors and surgeons prevent mistakes that lead to avoidable injury or death during surgery.

This follows the previous presentations on the subject at medical conferences such as Doctors Updates, in Val d’Isère, where Schniewind presented the strategy alongside Consultant Urological Surgeon, Martin Moody. This event is embracing Schniewind and Moody’s model as a facilitator for implementing safety standards such as NatSSIPs thus endorsing the program set in place by Moody during the past two years. Moody said:

Henry’s model provides an effective framework for facilitating integration of safety standards such as NatSSIPs and he’s personally been involved with the Quality and Safety team that has been organising the event. We also want to help surgical teams increase work satisfaction while reducing the risk of harm to patients. Henry’s framework facilitates that as well.

Great to work with you Henry on such a successful and engaging event. It might not seem immediately obvious to people that using the same or similar procedures to keep people safe in the mountains can apply to surgery, but we believe it can be a highly effective strategy for NHS staff to implement into their routines and the way you presented it was clear and extremely interesting. Thank you again for attending and being part of the event and our change process.

Schniewind has established an ‘Avalanche Safety is Freedom’ framework and adapted it to a ‘Patient Safety is Freedom’ with Moody – demonstrating how the solution combines human factors, checklists and teamwork aimed at reducing ‘Never Events’ and other avoidable errors through a framework developed by Henry on decision making, risk and crisis management in an analogous environment – avalanche terrain. It’s recognised that these same procedures can be applied to other high-consequence, low-feedback environments like the operating theatre. 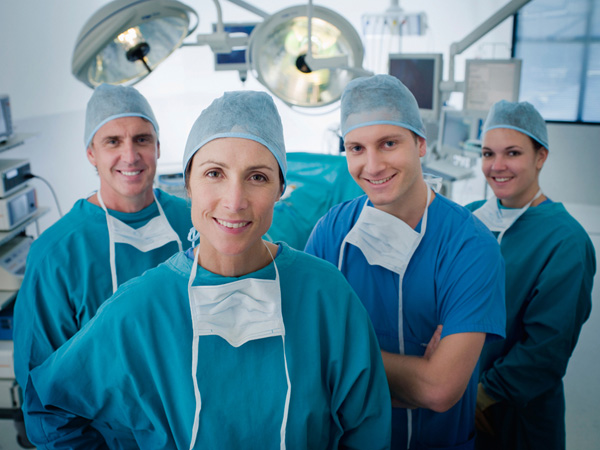 A recent article by The Telegraph in August 2017 highlights a near record number of ‘Never Events’ (adverse events that are serious and largely preventable) in the NHS during the last year, where wrong site surgery occurred 178 times in the 12 months before April 2016.

It has also been reported that the annual spending on negligence has increased from £0.4bn (2006/7) to £1.6bn (2015/16) with an overall liability of £60bn. The NHS Medical Chief Sir Bruce Keogh has said that hospitals are failing to tackle “significant safety problems” as reported in an article in The Telegraph in October 2017.

Where there are solutions to significant safety problems, I would like to see a system that mandates the use of those solutions through the NHS.

Doctors and their teams applying this accident prevention framework will benefit patient safety, cut down accidents and so reduce medical litigation. It works for trips in the mountains – use it in medicine and avoid trips to court.

Over many years at Henry’s Avalanche Talks we have developed systems and procedures that help skiers stay safe out there when heading into unsecured ‘backcountry’ terrain – a risk environment that is classified as ‘low-feedback high-consequence’ which means that most of the time nothing bad happens even if you are being reckless – but when it does happen, the results are awful. It’s a good sample environment to study if you want to help medical teams reduce the types of errors that lead to potentially catastrophic ‘Never Events’. Dr Moody has been successfully applying our ‘Patient Safety is Freedom’ framework as a complement to the required WHO surgical safety checklist as a more holistic approach to patient safety. This includes taking into consideration not only checklists, but human factors and teamwork too, as well as the patient’s views and feelings. That’s very much in step with the relatively new NatSSIPs approach and recent legislation that requires a higher level of ‘patient consent’ – which means the patient now has to be much more part of the process leading up to surgery. So that’s how this Patient Safety strategy is beginning to be recognised by the medical professional as a system that engages the patient and can help prevent the simple mistakes that are most often at the heart of things going wrong. I’m delighted to have the opportunity to be working in parallel with the NatSSIPs programme at NDDH and other NatSSIPs /LocSSIPs programmes at NHS trusts around the country.

Henry Schniewind is an internationally renowned snow and avalanche expert, an off-piste ski guide and director of Henry’s Avalanche Talk. He has given over 750 talks and courses in the last 20 years including presenting at international snow science conferences. He has published many papers and articles, often in the British press. Henry created Henry’s Avalanche Talk (HAT) in response to the fact that 9 out of 10 victims of avalanches trigger the avalanche themselves and many of these could have been avoided.

Henry will also be presenting his safety framework as part of his mission of helping people achieve 'Success and enjoyment in risk environments' at numerous events around the country over the next two months: henrysavalanchetalk.com/uk-events/events-in-the-uk