British owned, France based chalet operator Chalets1066, has fought a hard battle with French authorities following the recent border closure with the UK that has significantly impacted its business over the first part of the 2022 winter ski season.

Now the announcement has been made for the border to re-open by Friday January 14, the largest chalet operator in the French resort of Les Gets, is ready to welcome back British guests immediately and has already been taking booking as rumours, backed up by national media reports, started to spread over the past week.

“Like many others, I have written to President Macron to outline exactly why closing the border with the UK was a bad decision and to explain how much it has impacted French businesses. It has definitely been a hard battle but we feel that we have at least been heard – now it’s time for a British invasion of France!

Whilst there has been some backlash to the border closures by skiers and snowboarders, many of them angry at the French for implementing what’s seen as over-the-top and draconian measures, with some suggesting it’s politically motivated, Nathan drives home the message that reflects the sentiment of businesses across the French tourist industry and he said: “Many people are understandably angry about missing their ski holidays in France and are even saying they will boycott the country in the future. We would just like to say that everyone here in Les Gets wants nothing more than to welcome the British back to France. This was a decision by the French Government and it’s the businesses here, small and large, that have been the worst affected. It seems very unfair that people would decide not to visit on that basis. Fortunately for us, we have many loyal customers that come back year after year and they are booked and ready to go. It’s a huge relief.”

Chalet1066 operates 40 chalets in the resort of Les Gets, a popular destination for British skiers that’s an hour’s drive from Geneva Airport.

Chalets are available from this weekend, starting at €1,895 for 7 nights in a chalet sleeping up to 8 people.

Chalet Lunar, a 5 bedroom chalet that sleeps 11, is available from January 15 for €3,300 for 7 nights. It’s just a few metres from the slopes and comes with its own hot tub.

There’s limited availability left over the February school holiday dates but currently flagship Chalet Louis is available from February 12 for 7 nights at a cost of €12,990. The luxury chalet sleeps 10 people in 5 bedrooms. Chalet Ferme des Amis, sleeping up to 11, is also available over the same dates for €4,930 for 7 nights.

All prices are on a self-catering basis, excluding travel. All other extras including chef services, meal deliveries, airport transfers and ski passes can be booked with Chalets1066.

Chalets 1066 was established in 2008 and has been operating exclusively in Les Gets ever since.

The owners and the staff live and work in Les Gets all year round. Their detailed knowledge of the resort is without any doubt, greater than any other chalet operator in Les Gets.

There’s over 40 properties with over 300 beds in total.

During the Covid pandemic, the business operated normally (with additional Covid measures in place) and is, and has been, in a strong financial position throughout this period.

The company prides itself on three main pillars of service: Choice, quality and value. All of these elements can be demonstrated clearly and transparently. 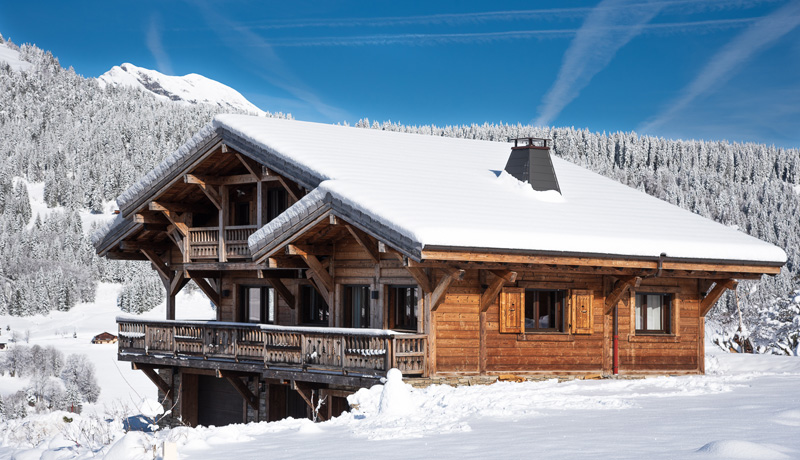