Following the first introductory interview with HAT founder and off-piste safety guru, Henry Schniewind that can be listened to via the podcast and seen on YouTube, the second instalment in the series will feature legendary extreme skier and ski movie star, Dan Egan.

Dan has appeared in fourteen Warren Miller Films and is known for skiing the most remote regions of the world. Powder Magazine named him one of the most influential skiers of our time and as a journalist, he has covered three Olympics and is a highly sought out motivational speaker.

Dan will share his framework for managing risk and how he assess and works with his clients to keep the group safe and ensure they have a great time.

Chris Radford, from HAT, who will be conducting the interviews, said:

“Safety is Freedom defines an attitude and an approach to risk management. We have talked about this at Henry’s Avalanche Talk ever since we started. Now we are launching these webinars to explore the subject of risk management and decision making through the experiences of successful people in adventure sports, business, finance, medicine, military, aviation and healthcare”.

“Safety and Freedom can be seen as opposites, but is that right? We have seen that it is by knowing that we are basing decisions on fact and evidence, for example, that we can be free to enjoy our adventure sport, to succeed in business, to invest for growth, succeed in a mission and to provide medical care. Dr. Atul Gawande, the lead author of the World Health Organisation’s (WHO) Surgical Safety Checklist, says: ‘Discipline makes daring possible’, and we need to pay attention to that”.

The Podcast is available in all the usual places including Apple, Google and Spotify, just search for ‘Safety is Freedom’ or ‘Henry’s Avalanche Talk’.

More information can be found on the HAT website.

Henry’s Avalanche Talk (HAT) provides training and essential information for skiers who want to go off-piste, but are held back by fear of the unknown. HAT is known for helping ordinary skiers have an extraordinary experience off-piste.

Henry’s Avalanche Talk has been helping to educate off-piste skiers and snowboarders for over 30 years and has grown into a team of off-piste professionals, often referred to as HAT. Talks and courses have been delivered to tens of thousands of people, presented at international snow science conferences and published many papers and articles, often in the British press.

Training is available in the UK, Val d’Isère and online. 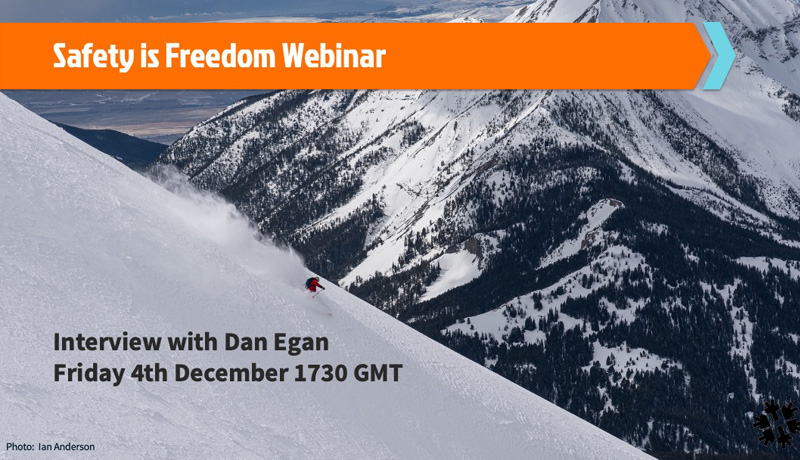