Ski course company, Snoworks, has launched a series of 12 webinars starting Wednesday October 20 over a 6 week period until the end of November.

They are broadcast live every Wednesday and Sunday evening at 18.30 UK time and last 45 minutes. Anyone that signs up can go back and watch the recorded sessions at a later stage.

Phil Smith, director of Snoworks Ski Courses will be presenting the webinars, designed to help skiers understand the reasons why they may be struggling to reach their full potential.

Smith, a ski coach with 40 years’ experience in teaching skiers up to elite athlete level, said:

“I firmly believe that 99% of skiers are failing to tap into their full potential, often held back by simple misunderstandings that can so easily be cleared up. In this series of webinars I will help skiers free their minds of ‘closed skill methodology’ if necessary and move into the mind-set of all-mountain skiers that can cope with everything the mountain throws at us with ease, excitement and with a smile on our faces. Whatever your level”.

Dates: Every Wednesday and Sunday, starting October 20 and ending November 28

Further Information About Phil Smith And The Webinar Series

With over 40 years of ski teaching behind him and curious to learn more, at the age of 30 Phil Smith undertook a full time Diploma in Sports Coaching. The course, one of the first of its kind was aimed at developing coaches for elite athletes. The course gave Phil an unbelievable grounding in many of the core coaching areas but also focused on the ability to question and discover.

“Coaching elite athletes, of course you have to question. Following the narrative cannot take you further, only to follow the known. To become amongst the best in the world, more often than not, requires a journey into the unknown. This led us to start our own ski course company, Snoworks, embracing the move from pistes into all-mountain skiing.
In the early 90’s all-mountain skiing was really only the realm of those who lived in the mountains. With the onset of radical changes in ski design, more and more skiers felt the urge to venture further afield. Traditional ski coaching having its roots in what we have come to term ‘closed skill methodology’ having previously being mostly piste based coaching at the time did not fully cater for this massive growth in skiers needs. We began the journey with Snoworks into the world of all-mountain skiing and with it helped radically develop an open approach to coaching all-mountain skiing”. 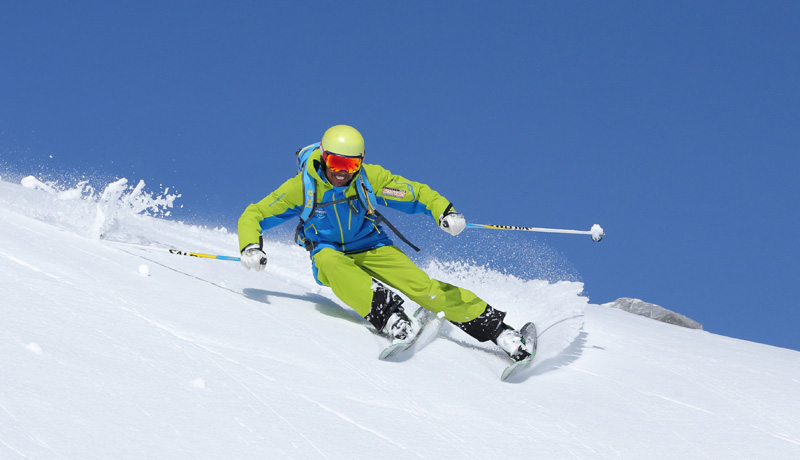