The new Piste X Code is a brand new bilingual campaign to remind mountain-goers of the principles of safe on-piste skiing and snowboarding, with the aim of reducing unnecessary accidents in ski resorts.

It is launched by the local community in the popular mountain resorts of Morzine, Les Gets and Avoriaz around the busy February and Easter holiday weeks. Spending time in the mountains with family and friends creates fantastic memories, from those first turns on beginner slopes to skiing together as a family.

However, sometimes things do go wrong on the slopes, with the majority of accidents being entirely avoidable.

Louise Paley, co-Founder of the Piste X Code and a physiotherapist living in Morzine, says:

“Many skiers and snowboarders have spent almost two years away from the mountains, it’s exciting to return to the thrills of downhill skiing or snowboarding. However, in resorts across the Alps, it’s been observed that people are taking more risks, they’re descending at far greater speeds and being less respectful of other mountain users. We’ve seen some tragic accidents already this season and this cannot continue.”

The Piste X Code is a list of eight ways you can keep yourself, your children and others safe on the pistes. Presented in both French and English, a powerful video demonstrates each point, combined with fun animation and a Yeti mascot named Monty to make the concept more appealing to children. A social media campaign accompanies the project, alongside a multi-language website which builds on the eight principles of on-piste safety and posters will be on display in boot rooms, ski shops and in lift stations across the ski resorts.

“On the whole, skiing and snowboarding on the pistes are safe, fun activities that we all love. But the Piste X Code isn’t just for beginners or children taking to the mountain for the first time. The Piste X Code is for everyone! It takes just minutes to re-educate yourself on the principles of safe on-piste skiing, showing respect for other mountain users and setting a great example to everyone else.”

Ski and snowboard instructors from across the resorts have committed their time and experience to the campaign and all launch activity has been funded by local businesses who care passionately about keeping the mountains safe for everyone.

“Skiers and snowboarders who join us once a year for a week in the mountains easily forget about piste etiquette and many have never had lessons, they simply don’t know the rules. The mountains aren’t a theme park. We hope this focus on piste safety will raise awareness and prevent horrific accidents in the future.”

Amie Henderson: Co-Founder of The Piste X Code. Amie is the publisher of Morzine Source Magazine, a printed guide published to coincide with the summer and winter seasons in the resorts of Morzine, Les Gets and Avoriaz. She’s also the Managing Director of Origami Media, a full service creative marketing agency, also based in Morzine. She’s lived in the resort for 12 years.

Louise Paley: Co-Founder of The Piste X Code. Louise is a fully qualified and experienced physiotherapist practising at Mountain Rehab in Morzine. She treats a wide range of injuries from muscles strains and ligament ruptures to back and neck pain. She’s also the founder of the Alpine Lifestyle & Performance blog, which encourages an active outdoor lifestyle to make the most of our mountains. She’s lived in the Alps for 14 years. 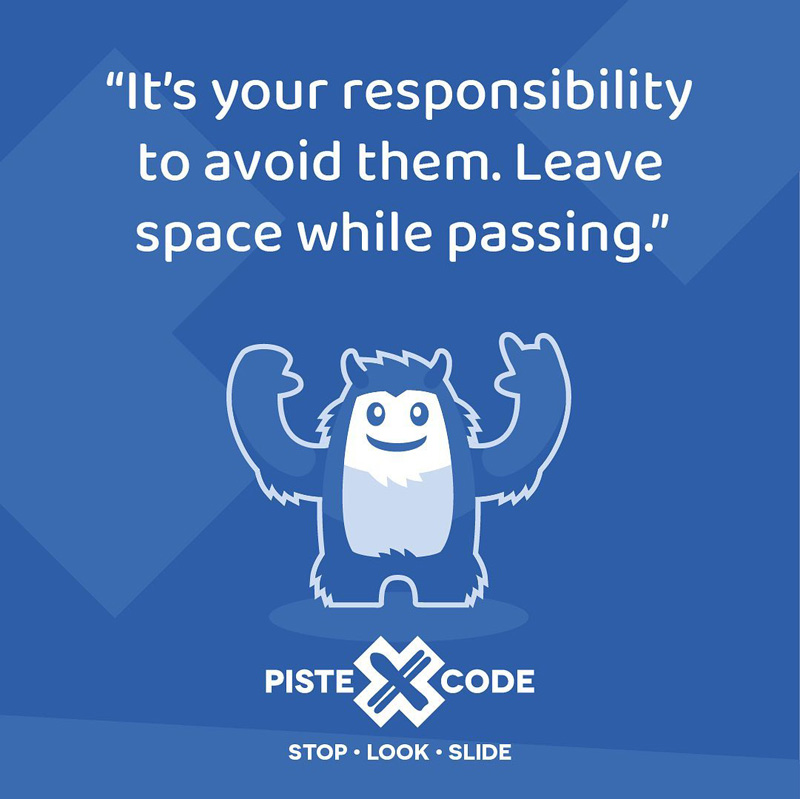