The new book condenses Egan’s 40 years of ski experience into an approachable guide to help skiers of all abilities take their skills to the next level. There’s 31 exercises helping skiers to master their body mechanics and balance, from powder to ice and all the conditions and terrain in between.

Dan Egan is a pioneer of extreme sports, world-renowned for his big mountain skiing on the international stage. He has appeared in more than a dozen Warren Miller ski films and is known for traveling to the most remote regions of the world to ski.

Powder Magazine has named him one of the most influential skiers of our time, and in 2016 he was inducted into the US Skiing and Snowboarding Hall of Fame. Egan guides people of all ages and abilities in all types of terrain from Big Sky, Montana to the slopes of Val d’Isère, France, and beyond with his coaching company, SkiClinics. For more than 30 years,

Dan Egan has inspired and taught generations of skiers with his unparalleled insight, knowledge, and approach. The All-Terrain Skiing II programme leads readers through fundamental body mechanics to progress their skiing to the next level. Whether a beginner or a pro, these resources will help skiers master their skiing mind, find expression in the mountains, and build confidence.

All-Terrain Skiing II is an integrated, self-contained program for beginner, intermediate, and advanced skiers – in other words, anyone who wants to learn to ski better. Lessons are identified with international trail marking symbols: Green Circle for beginners, Blue Square for intermediate skiers, and Black Diamond for experts. In ATS2, drills are also categorised to help organise lessons for quick access.

These drills help make body alignments while in motion, which ultimately increases efficiency of motion and allows pupils to ski longer and with more control. The goal is to develop a new awareness of the relationship to gravity in a variety of ski conditions; to dynamically orient and angulate the body to maximise control and efficiency; and to achieve constant fluid motion.

“Skiing is not an intellectual activity; skiing is a simple physical activity based on good body position. Keep these four principles in mind, and you’ll soon be skiing better than ever”:

“All-Terrain Skiing will revolutionize instructional ski books. In fact, calling this an instructional book seems like the wrong label. Maybe “The Skiing Scriptures” will do. Or perhaps “The Tao of Downhill.”

“For more than ten years, skiers from all over the globe have been coming to Big Sky Resort for Dan Egan’s Steeps Camps. His unique teaching style keeps guests coming back year after year to ski Big Sky’s most iconic runs with Dan. We’re thrilled to have Dan call Big Sky home each winter.”

Available in the UK with Amazon

More information can be found at www.white-haze.com. Pre-orders in the UK can be made on Amazon.co.uk, amazon.co.uk/Thirty-Years-White-Haze-Egan/dp/1736492713/ 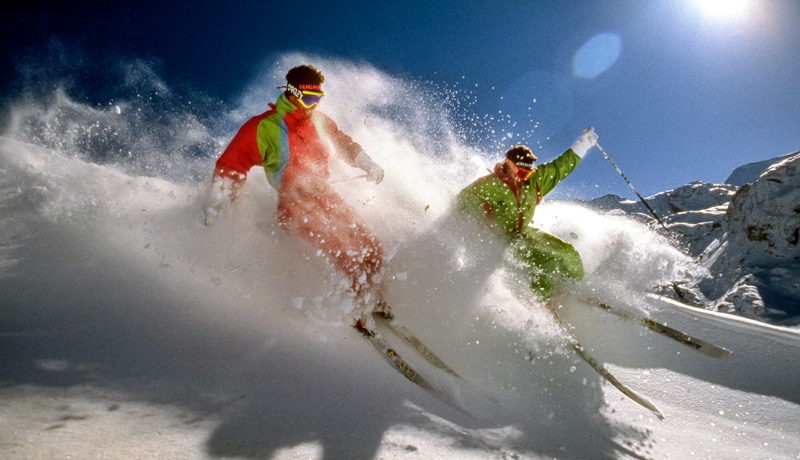